The votes are in …

So, the votes are in and the results are …

These are the top 12 choices. For those that have the same amount of votes, we will check with the authors at to which month will be the best for them to be hosted. For those not chosen, their book titles will be held in case one of the authors can not be hosted for unforeseen circumstances.

Thank you all for your participation and submission. We look forward to reading your books and getting to know each of you personally.

Posted by Katrina Wampler on January 27, 2011 in encouragement

Voting for our 2011 selections

Below you will find the poll for the 2011 Book Selections. Please be sure to view the blurbs of each book if you haven’t already. This is a members only vote. If you’d like to become a member of Kat Logic Book Clubs, please do so now, make an introduction, and then place your vote.

There were a couple of books I decided were not good book club selection reads (after reviewing them). The authors of these books will be interviewed on Kat Logic and a review for the book will be placed both on our blog and on Amazon.com. If your book is not on the list and you submitted a book for consideration, I will be in touch with you soon.

Posted by Katrina Wampler on January 25, 2011 in encouragement

I know it’s a lot of information to take in, but please review all the submissions before placing your vote. 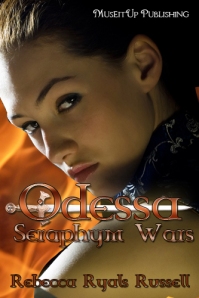 Myrna Ashlin Watts graduated from High School in Jacksonville, Fl just in time to find herself transported to a bizarre and primal planet corrupted by demon-dragons. And they want her DEAD. Her problem is, she has been recruited to kill them, too.

18-year-old Myrna is drawn into the middle of an epic battle between Seraphym and Demons. An average High School student from Florida, she wakes one morning on the Steampunk planet of Dracwald, home of the demon-dragons responsible for her sexual attack two years earlier, her brother’s recent murder as well as many other atrocities in the news. She meets Michael, her guide, who explains that according to prophecy, Myrna must gather the remaining six Vigorios (teen warriors with special talents) then train with the Majikals on a protected island.

Reluctantly, but knowing it is her only way to get back home, she agrees to lead – battling dragons and monsters while crossing swamps and mountains, forests and seas. She wrangles with inner demons from the sexual attack, when three very different men join her quest—a seasoned demon/dragon-slayer who irritates but beguiles her, a tender and sweet mentor in whom she trusts completely and a roguishly handsome Scientist who sets her senses aflame. How is she expected to lead the others and keep everyone safe with so much inner turmoil? Whom can she trust, if anyone, even herself? How can anyone expect her to be a leader? Much less one who leads an army in a Holy battle?

Will love and lust, jealousy, greed, deceit and distrust break the delicate tie that binds these teen warriors called The Vigorios? Can a troupe of teens help the Seraphym finally defeat the massive empire of evil dominated for eons by the demon-dragons of Dracwald? 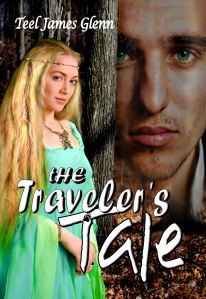 Blurb: When Korvan Orm decided to live among the Pyrrans he was not prepared for the hatred so many felt for his people The Travelers. Nor was he prepared to fall in love but when two thugs try to beat the Gypsy out of him he is saved by the timely arrival of Avorra, Princess of the Realm.

Suddenly he finds himself smitten with feelings he has no right to feel in a society that considers him an outcast. They are feelings that could get him killed.

Later during a hunt when her horse falls and traps her he risks his life to save her from the deadly attack of a Clazbear.

The visiting Prince Gregor of Vasulia has no love for the upstart Traveler but he does have plans for an alliance between his royal house and the house of Pyrran.

Can the Traveler find a way to court the intriguing Princess and avoid the black arts of the Prince or is this Traveler’s Tale going have a lonely ending?

Posted by Katrina Wampler on January 24, 2011 in encouragement